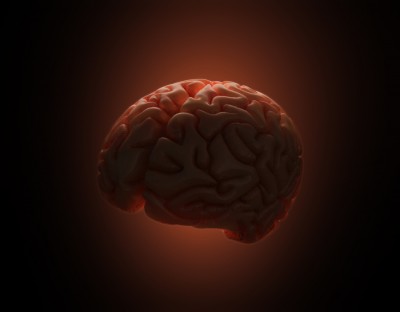 Eyes Watching Me Sleep
Many of you know that I’m 60 years of age and even though I have been researching things for 30 years, I now focus on how things will affect me. I don’t mean to be selfish here but let the truth be told. What affects me will also affect you.
When you go to bed, do you look at the clock and count how many hours of sleep you’re going to get? I do, and maybe you could jump on the “just right amount of sleep” band wagon. Our government has a Sleep Foundation, (yes) that suggests about seven hours of sleep per night and (eight being too much) allows our brain to adjust and finish our stages of sleep called REM or rapid eye movement. This is when our brain works hard and exercises the part of our brain that helps us learn. Folks who sleep five or fewer hours per night were 50 percent more likely to become obese – just wanted to throw that in.
I went to a sleep clinic a few weeks ago because my wife says that I started to talk in my sleep, and punching my pillow. I believe that this has been brought on because of my Krav Maga training. Oh great! But I have been told that my REM stages are completing. But now, how do I stop punching my pillow? Don’t short change your sleep if you want a healthy brain, get the sleep.

The “Smoking Brain”
If over 42 million adults smoke cigarettes in our Country how many more are affected by second hand smoke? Besides, all of the toxic chemicals you inhale may be directly linked to cancer; chronic bronchitis; stroke and like my deceased father, heart disease and emphysema. Not only does Stroke cause brain damage, many of those toxins affect the brain by causing the brain’s white blood cells to attack healthy brain cells as well. Okay! We know that smoking messes with our brain but how many people have you seen that smokes with facial skin showing more age than it should?

HYDRATION – Caps mean it’s that important
If we have been dealing with each other for some time you know that I’m crazy big on Hydration. Water–the most plentiful substance in our body, (Protein is second). Please remember, 75 percent of the brain is made of water, Actually, we recommend that glass (non-chlorinated) water being around at all times of the day, because mild dehydration can occur after only four hours. Listen up; drinking chlorinated water increases your risk of cancer by 93% so if you don’t have filtration, you can boil tap water for 20 minutes to get the chlorine out. Once dehydration starts, it can cause the brain to swell (cerebral edema) as the body tries to pull more water into the cells — some of these may eventually rupture. Seizures aren’t uncommon either, as electrolyte imbalances cause neurons to malfunction and depletes our energy.

Yes Vitamin D-3 can help your STRESS
Do you find yourself a little irritable? Doctors tell you that there isn’t a cure for CFS (chronic fatigue syndrome) but we know there is. You can blame this on the stress hormone cortisol, which is released from the adrenal gland during those stressful moments we have. More stress, less energy as well.
In people with chronic stress, however, cortisol levels can be so excessive that the brain ends up producing more myelin-producing cells and fewer neurons. Myelin is the fatty material that makes up the brain’s white matter and quickens communication between neurons. But such changes in the brain, the researchers said, may contribute to a person’s risk of mental health illnesses like schizophrenia and anxiety disorder.
DRUGS and your Brain
You have heard of some feel-good drugs like cocaine, ecstasy, and methamphetamine that release serotonin and make the user feel active, high and feeling good. But, don’t forget that the neurons responsible for these feeling become damaged and you then can develop a tolerance to these drugs and forces the user to take more and more.
This damages or kills brain cells and also leads to major depression.

Your alarm goes off, you take 15 gulps of water; brush your teeth; eat a good balanced breakfast (don’t skip this, I’ll come to your house); take your Vitamins, Organic Sulfur; Supplements; exercise (only if you want a 50 per cent longer lifespan); have 5 smaller meals during the day; no more than 2 hours of TV (reading works as well); get 7 hours of sleep. You have just finished the first day to the new you and improving your brain health. Read this last paragraph slower so it doesn’t stress you out.

Amazing things happen when we give our body what it needs.

And not so amazing things happen when we don’t.