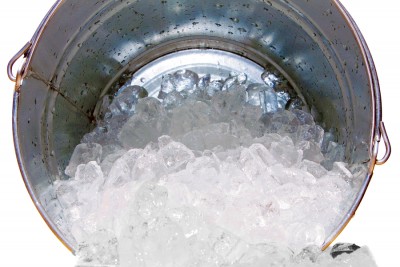 Truth be told – ALS and Statins

I don’t know about you but I accepted the “Ice Bucket Challenge” this past summer. Just prior to dumping the cold stuff over my head I specifically mentioned the Amyotrophic lateral sclerosis more commonly known as ALS website for others to gain information or to offer financial support.

However, there’s something about ALS that you may not know and you probably won’t be hearing about it from the ALS Association or your doctor. That’s because a widely prescribed drug appears to have a very ugly connection to this terrible disease…

For years the American Food and Drug Administration (FDA) has been trying to write off all the side effects of cholesterol-lowering statin drugs. It says that the “benefit” of taking these drugs outweighs the risks. But what if I told you that statin drugs might be triggering ALS, or a condition that strongly resembles it, in some people who take them.

Even Pfizer, which makes Lipitor, noticed a “sign” in the number of cases of ALS in people taking the drug. However, Pfizer claims that after looking at all the data, all of a sudden there was no connection.

The director of the World Health Organization’s Drug Monitoring Centre, Dr. Ralph Edwards, looked at the data in search of any “signal” that connected side effects with drugs.

Why would I want weak muscles?

This ALS statin link should have been the last straw that stopped the widespread use of this drug once and for all. But instead, millions more “qualified” for a statin prescription… and that could change ALS from a “rare” disease into a very common one.

We’re not going to stop the statin discussion just yet. Note: Prescribing statins is easy because cholesterol is measurable and folks are lead to believe that’s the main cause of cardiovascular disease. I sure wish doctors would talk to you about acid because that’s the real cause. There are some that feel that everyone over 40 should discuss statins with their doctor, even if they haven’t had heart problems or aren’t at increased risk for heart disease or diabetes.

Now hold your pants on, are you ready for this? The American Academy of Pediatrics recommended broadening cholesterol testing to include toddlers as young as 2 and to consider prescribing statins for children with a history of abnormally high cholesterol levels. Why not tell their parents to have them STOP drinking soda?

The problem with CoQ10

I have mentioned in the past how important CoQ10 is, and associated with supplying energy to our 50 trillion plus cells and well as supporting our cardiovascular health. Remember when I told you that if you’re over 30 years of age you may be getting only 4% to actually reach your blood stream. That’s why you need the bio-available form of CoQ10 called Ubiquinol http://bozoomer.com/supplements/ubiquinol-coq10-160.html . This Ubiquinol is 8 times more absorbed. Medications and Cholesterol-lowering statin drugs can lower your CoQ10 levels by suppressing an enzyme in your liver that makes both cholesterol and CoQ10. Meaning, statins can cause a CoQ10 deficiency. In fact, statins may reduce blood levels of CoQ10 by 40% to 60%. Have you ever asked yourself why you so fatigued?

I wonder why pharmaceutical companies don’t tell you that statins lower CoQ10 levels. I’m sure it has nothing to do with money.

And now you know the rest of the story. I know that’s Harry’s line but I love it.

Please share this with those that you care about.

Wishing you the best of health,

Amazing things happen when we give our body what it needs.

And not so amazing things happen when we don’t.